Since 1989, Brent has been employed either by tech publications that cover audio, or directly in the audio industry. He has been actively involved in audio as a hobbyist and musician since about 1975. He can't say he's always right when it comes to audio (no one can), but his work rests on decades of experience, as detailed below:

Reviewed audio products as a freelancer for Wirecutter, Home Theater Review, SoundStage!, Sound & Vision, JazzTimes, AudioXpress, About.com and others since 2008

Consulted with manufacturers on design and tuning of audio products, mostly active (internally amplified) products such as soundbars and wireless speakers

Worked as marketing director for the licensing division of Dolby Laboratories from 2000 to 2002, where he learned a great deal about audio data compression and reduction, digital signal processing, technology licensing and overseas manufacturing

Recorded jazz, folk and rock musicians since the late 1990s at a wide variety of venues using everything from multitrack ADAT and MiniDisc recorders to digital audio workstations

Mentioned in the Loudspeaker Design Cookbook, 7th Edition, as a recognized expert on in-wall speakers

Invented ButterSound, a real-time surround-sound active matrix encoder used in The Bride of Frank, a John Waters-style low-budget indie movie shown at the New York Underground Film Festival, Chicago Underground Film Festival, Yerba Buena Center for the Arts in San Francisco ("the most hilariously crass 89 minutes you've seen in aeons," said the San Francisco Bay Guardian) and film festivals in Italy, Switzerland and Britain. Here's a YouTube video from the DVD extras in which he demonstrates it (not safe for work!). This clip also features the ButterSound trailer, which Brent animated on a Commodore Amiga.

Brent demonstrating the ButterSound home surround-sound encoder, from the extras on the Bride of Frank DVD

Conducted and/or participated in hundreds of multi-listener audio product comparison tests since 1991, and made these tests a regular part of Video, Home Theater and Sound & Vision magazines and Wirecutter

Performed, composed and recorded music since 1979, mostly with jazz groups based in New York City or Los Angeles. He primarily plays double bass now, but has also gigged on Chapman Stick and ukulele. He hosts a weekly jazz jam session where musicians of all skill levels are invited, and he owns a drum kit, percussion instruments and various keyboards. Here are a few of his performances over the years: 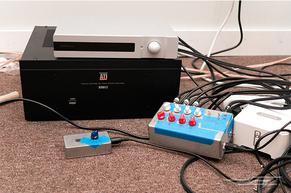 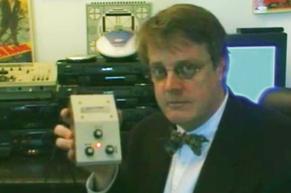 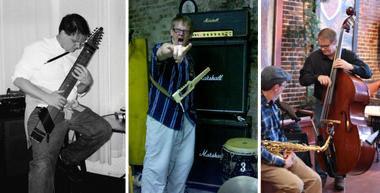 Been in way more anechoic chambers than he can remember and has witnessed, participated in and been instructed in audio measurement techniques by numerous manufacturers

Toured and auditioned more than 100 high-end home theater and two-channel installations during his work as Editor-in-Chief of Home Entertainment and Home Theater, contributing editor of Sound & Vision and senior editor of Video magazine (here's a cool one)

Attended more than 100 audio shows in the U.S., Canada, China, Germany, Japan, the Netherlands, Poland and the U.K. as a journalist, presenter or exhibitor

Acquired a good general knowledge of analog audio product design; built his first speaker around age 13 and his first preamp at age 16; has built many experimental speakers and electronics for projects published in Home Theater and Sound & Vision; has built custom active testing switchers for his own use and for audio manufacturers. 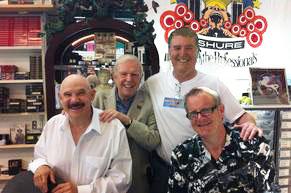